Home » About us » Our People » Commissioners 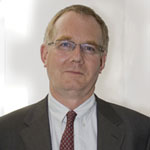 Having graduated from the University of Exeter with a degree in Politics, Will spent the majority of his early career working in international development with organisations such Save the Children UK and Oxfam GB. Instrumental in the establishment of Comic Relief, Will went on to become its first Grants Director, before moving on to become the first full time Director of the Opportunity Trust. Between 1996 and 2004, he was Chief Executive of CARE International UK. Until July 2008 Will was Chairman of the BBC Children in Need Appeal, the largest grant giver for disadvantaged children in the UK, and an independent assessor for the public appointments process of the DCMS.

He is currently Special Advisor to the United Nations Development Programme (UNDP) and a Senior Associate of the University of Cambridge Programme for Sustainability Leadership, where he is a faculty member of the Prince of Wales’s Business and Environment Programme. He is Chairman of Water and Sanitation for the Urban Poor (WSUP), a non-profit company bringing together private sector and NGO organisations to pursue the MDG for water and sanitation, and most recently has been appointed as a part-time Sustainability Advisor to Pricewaterhouse Coopers in the UK. He sits on the Board of the Overseas Development Institute (ODI), and is a member of WWF UK's Council of Ambassadors. 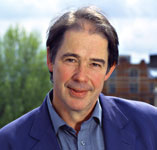 In addition, he is Co-Director of The Prince of Wales's Business and Sustainability Programme which runs Seminars for senior executives around the world. He is a Non-Executive Director of Wessex Water, and of Willmott Dixon Holdings. He is a Trustee of the Ashden Awards for Sustainable Energy, and is involved in the work of many NGOs and charities as Patron, Chair or Special Adviser. He stood down as Chairman of the UK Sustainable Development Commission in July 2009 after nine years providing high-level advice to Government Ministers.